Please ensure Javascript is enabled for purposes of website accessibility

We study enzyme assisted catalysis using computer simulation and modeling techniques. We employ hybrid Quantum Mechanics/Molecular Mechanics (QM/MM) methods to obtain accurate chemical, thermodynamic, and kinetic properties of the enzyme. Together with our experimental collaborators we attempt to bridge gaps between theory and experiment to derive a detailed understanding of enzyme function.

In our group we currently focus mainly on the following enzymes that are involved in hydrogen transfer reactions: 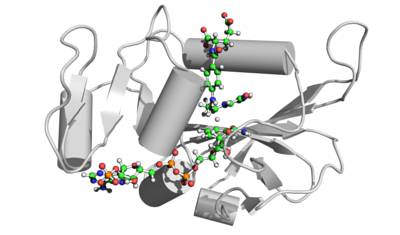 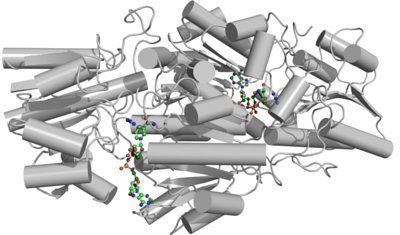 DHFR is an ubiquitous enzyme in nature that catalyzes the reduction of 7,8-dihydrofolate to 5,6,7,8-tetrahydrofolate using (NADPH) as the reducing factor. DHFR has served as a platform for experimental and theoretical investigation of conceptual enzymology. In our group, we investigate the impact of structure and dynamics of the protein on the catalytic cascade and reactivity using simulation tools. We also perform in silico mutagenesis, to understand the contributions of amino acid residues in the active site, as well as distal amino acids, on the proton and hydride transfer reactions and correlated protein motions. 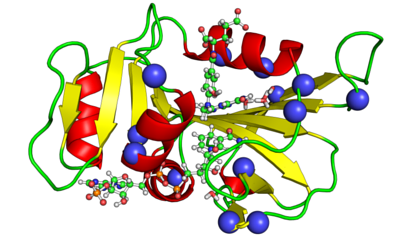 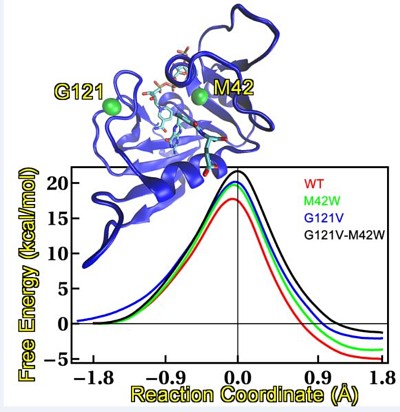 FDH is a homodimer with two independent active sites that catalyze the NAD+-dependent oxidation of formate to CO2 via an irreversible hydride transfer from formate to NAD+. FDH is often used as a catalyst for NADH regeneration in the synthesis of chiral compounds with NAD+-dependent dehydrogenases. In our group we investigate the hydride transfer reaction and the associated protein dynamics during catalysis.

In our enzyme studies, we employ state-of-the-art simulation techniques to compute the free energies of chemical reactions. We employ hybrid Quantum Mechanics/Molecular Mechanics (QM/MM) to described the interactions in the enzyme systems. To described the QM region we employ semi-empirical wave-function based methods that are refitted to the specific reaction being studied (so-called specific reaction parameters, SRP). We have also derived a method for the correct treatment of sugar puckering within the framework of semi-empirical methods. In many cases, we also use Density Functional Theory (DFT) in our QM/MM simulations.

To account for the quantum nature of light particles (e.g. hydrogen), we develop and apply novel quantum simulation methods. Specifically, we focus on Path Integral (PI) methods that are used in conjunction with QM/MM methods. The PI methods are highly accurate and allow computation of nuclear quantum effects (NQE) to reaction kinetics and thermodynamics. For example, the PI methods developed in the group are highly suited for isotope effect calculations. The methods are highly scalable with number of cores and are implemented in the CHARMM simulation platform. All the simulations are performed using CHARMM. 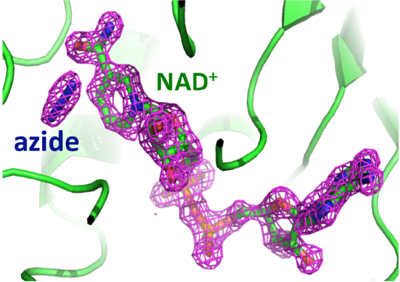 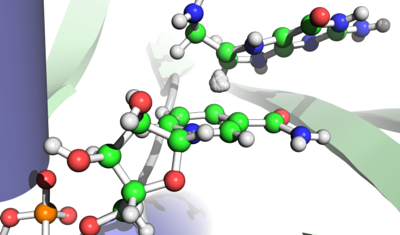 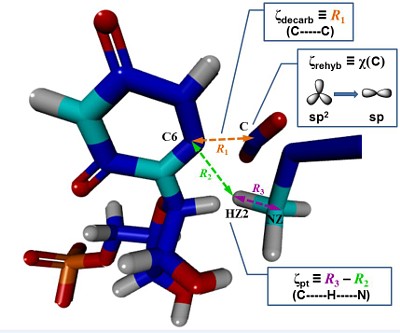 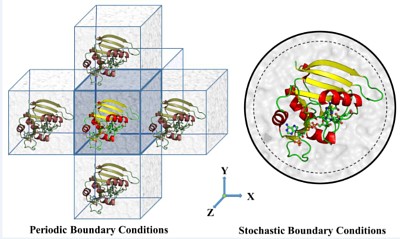 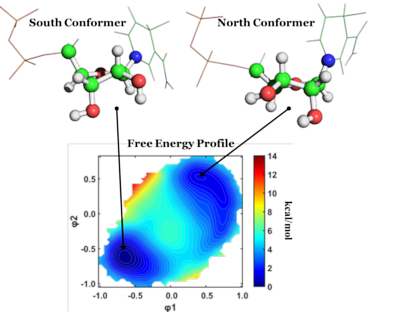 FDH: Formate dehydrogenase (FDH) is a dimer, which catalyzes the NAD+-dependent oxidation of formate to carbon dioxide.​

DHFR: Dihydrofolate reductase DHFR is a small monomer, which catalyzes the reduction of dihydrofolate (DHF) to tetrahydrofolate (THF) in the presence of the cofactor nicotinamide adenine dinucleotide phosphate (NADPH).​